DMTC Limited is delighted to announce that Mr Milan Gandhi is among 18 recipients of prestigious scholarships awarded by the General Sir John Monash Foundation.

Milan has received a scholarship named in honour of prominent philanthropist, Ms Lee Liberman. With the support of his John Monash Scholarship, Milan plans to undertake a Master of Public Policy at Sciences Po (France).

Milan has made significant contributions to a range of DMTC programs including the Office of the General Counsel, the health security policy work of the newly established Health Security division and the work to develop the company’s Diversity and Inclusion Strategy. 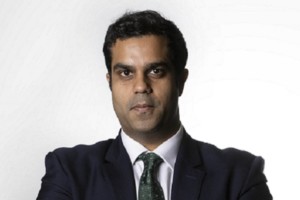 Milan has a Bachelor of Laws (1st Class Honours) from the University of Queensland and is a former Australian Law Student of the Year. He is also the founder of The Legal Forecast, an organisation exploring the intersection between law and new technologies.

The scholarship selection criteria included demonstrated excellence in their field, leadership ability and a vision to deliver a positive impact for the benefit of Australia.